Internal battles – Why is creating something so hard?

Creating anything from nothing can be hard, but it’s an internal battle.
It’s not physical, it’s the resistance to the unknown, the getting out of your own way – that’s the hard bit cause let’s face it… it’s only paper or canvas, and pencil and paint that are applied together.

That’s it. It is HARD but it’s also NOT!

The most common thing I hear when people hear I am an artist is:
“I wish I was creative but I can only draw a stick figure”

My common answer to that is yeah but how many times have you drawn a stick figure? Drawing is really mostly about practice.

Many people that come to my classes are people who are coming back to “art” later in life after years away..  Many are enjoying being “back to creating again”. I know this feeling too… there were years I forgot myself and didn’t create anything.
Then you come back and think why did I ever stop this?

Often what can happen is you are inspired, you start to slot back into what you remember creating is all about …you may look at art on the internet, attend exhibitions and start to dabble, maybe attend an art class or watch some tutorial videos and then the mindset stuff it kicks in (I call her Muriel – she is that one that is always complaining, always has the negative view, always sitting there in the back when you know she is thinking all the things, this is when she always decides step up and give me her opinion)

WHY can’t I get what is in my head out onto the canvas? Why does it not look like the tutors? Maybe it’s the materials? You go buy some more, or try a different technique maybe watercolors just aren’t your jam.  You may try again and again and become frustrated when things are not quite coming out how they planned, that’s when it becomes a bit HARD.

So hopefully, if you have read this far you can get that I get it, I have been there, many many many times you are not alone, and I can assure you that every other creative person in the room will be there alongside you. I have heard them they have told me.
Perhaps then I can share some of my insight & experience to get you out of your funk.

Let’s firstly put it a bit in context though, I am saying it’s HARD but let’s be honest it’s not a third-world problem.  There are many greater things that are more difficult or worrying than this, however, it’s important to acknowledge it’s an internal battle, a mental challenge that can be difficult to sort out. Art is a fantastic way for people to express themselves, a way for relaxation, and a form of therapy and when it starts turning into a chore rather than a joy it becomes disheartening and this is when people often give it up.

The belief that art is all about talent or that it’s super easy for some people (ie. exists for everyone but YOU) is an illusion and I would like to debuff that thought right here and right now!

If you can see you are frustrated and yet you still want to create, that it’s not all about talent let’s see if we can replace those unhelpful thoughts with some practical ones and get you back to a good place of creating.

The essence of CREATING means venturing into the unknown. The thing you are making it didn’t exist before and YOU are helping to bring this thing to life.  Without you, this thing would not exist and so therefore as its creator it can feel scary, and intimidating and your internal chatter starts…

What if this thing is crap?
Is that the right way to do it?
How does she do it?
That’s nowhere near as good as such and such I saw on YouTube!
Who am I kidding to do this?
This looks bad, does that mean that I am crap?? I might as well just give up.

Let me be the person who whispers in your ear to say “You just haven’t found the right way to create that yet!!”

AND no one else will make it exactly the same as you,

AND no one else will make it exactly the same as you!

I say that a couple of times for effect, this means you need to find your way of doing it…

Just because it didn’t work the first few times…stick with it!!! Put aside your version of Muriel in your ear/head. She is not very helpful and has no idea what she is talking about. Each painting/artwork/drawing is a closer step to the next one you are happier with and listening to her will not get you there, it will just get you to giving up.

Of course, you are not always going to get something first go!
You are creating this from nothing, this is not maths it doesn’t always come out at an even exact number. It just means you get to play MORE and lets see what result you get? … After all it’s just some art materials and/or your time.  It’s not the end of the world but I think the trick is to stop thinking & believing and acting like it is! There is always another artwork. 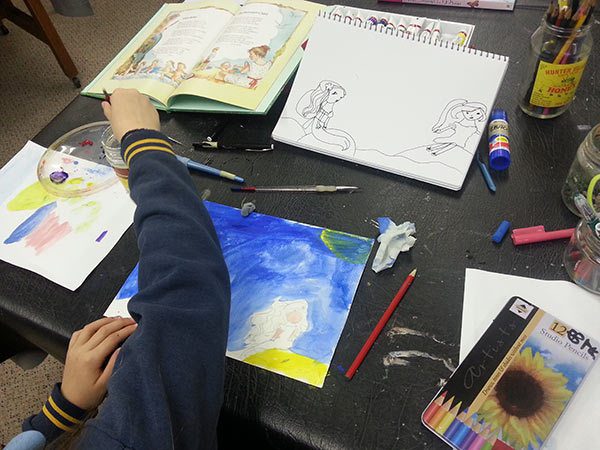 I could see they were resisting the exercise I put in front of them.
One girl asked – Why couldn’t she just draw the animal the way she knows how to draw them, why does she have to look at the picture and then draw the animal?
I said something to the tune of

“Well if you always draw what you know and never look outside or try something different then you will just have the same drawing again and again and pretty soon you will be tired of drawing that and want to draw something else, but you won’t know how to draw anything else because you haven’t learned to look at something when you are drawing it and you won’t have information about what the new thing looks like ”

I then went on to say…

“I know it seems hard to draw this, I know you probably aren’t that keen on drawing this, but the thing is…when you draw things a different way it means that you will learn something about the object, and then when you go back to drawing the thing you love you will have something new to bring to it. Otherwise, you will draw the same old thing for years to come”

Then I just encouraged her to have a go at drawing this thing one time and she could then go back to the thing you love-  Just try it.

For those who love to go deep in thought –  it’s actually resistance to something new that will keep us comfortable and is trying to keep us safe it’s trying to keep us doing what we already know what to do.
Putting yourself outside or past this resistance is HARD. It’s hard for everyone, I have had this EXACT same conversation in my adult class and I have it regularly with my internal self but this is the very essence of CREATION itself.

I ask myself…
What am I resisting right now? Is it real or a made-up thing? Is it really what I want or is it just Muriel again coming for an uninvited cuppa?
I hold myself to account of my own resistance and consciously decide whether i want to stay there or not.

Now I have learnt to dance with my resistance, to expect it’s coming. I dispel it by rituals and practices to get myself ready to know its creation time to alleviate the resistance. it’s actually quite valuable when I hear it I know it’s pushing me past what I already know and time and time again it pushes me to something new and often BETTER.
Once we get over this resistance, we CAN THEN get down to the fun stuff and we can start to create and best thing of all enjoy the act of creation!

Don’t let resistance have a louder voice than the one that is quietly whispering that you want to create something.

Once you create, paint, draw, or write you have already won, done is better than perfect, and if it doesn’t come out how you would like next time do something different than the last time.

So get on with it, just create something it’s hard but it’s not.
I would love to hear any thoughts if this post has helped you please send me a message via the social or email 🙂 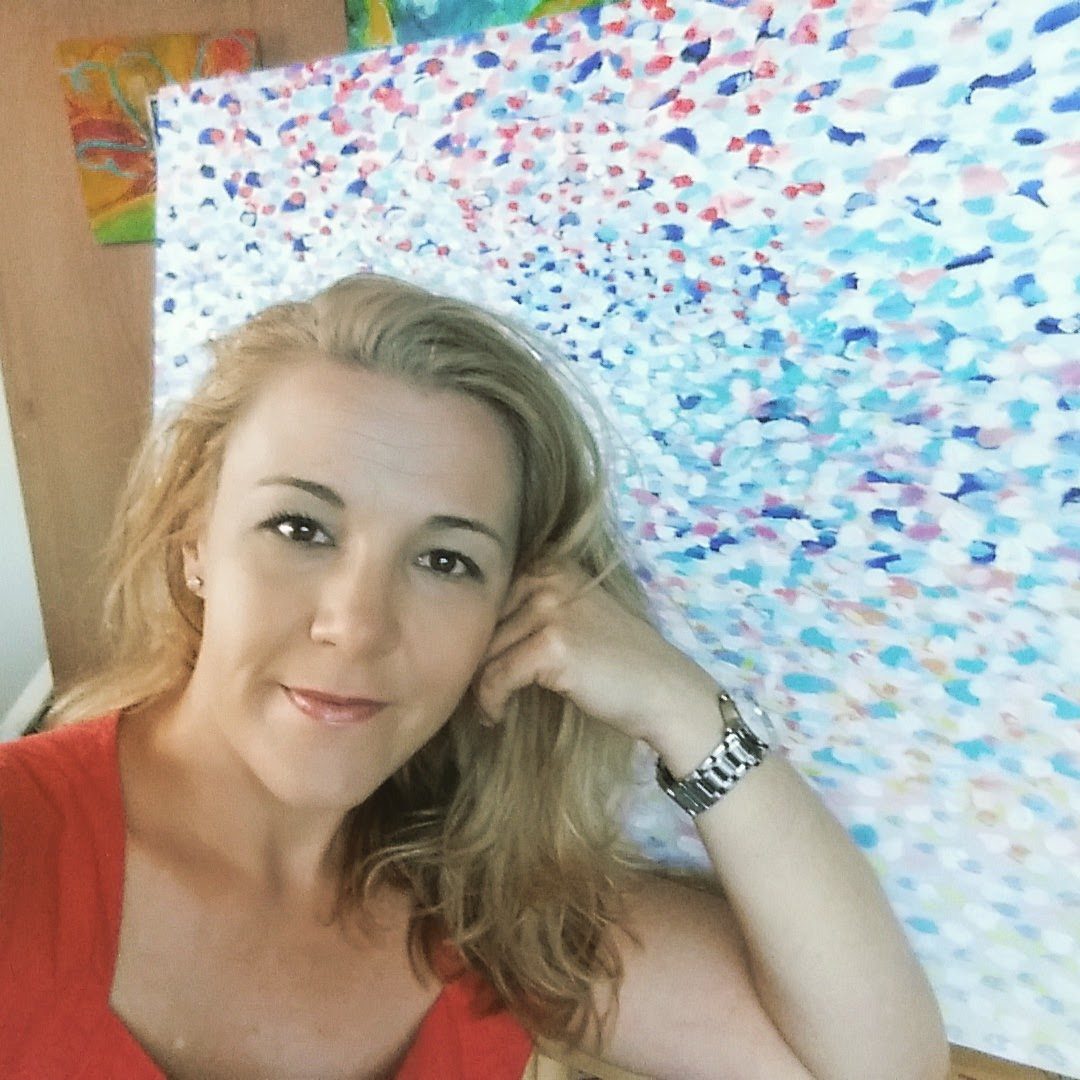 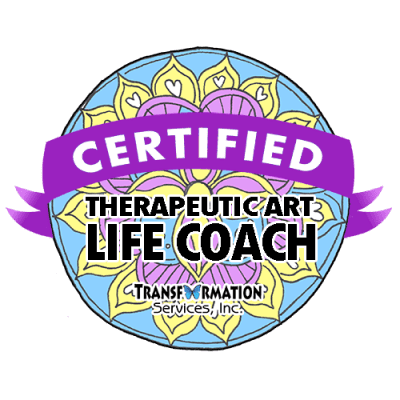